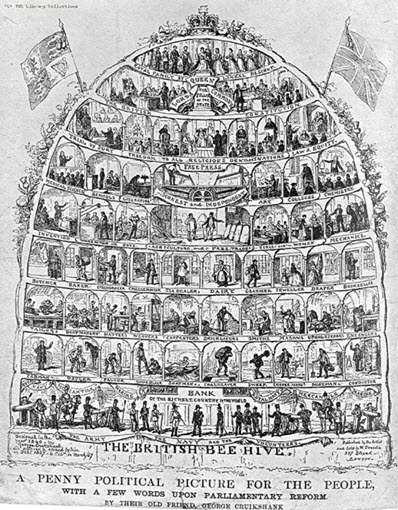 C﻿ruikshank's image of the bee hive as a metaphor for society is based on an idea developed by the economist Adam Smith in the 1770s which suggested that social status and social identity were primarily determined not by social, religious or political rank, but by occupation and by an individual's relation to the means of production. So in this print the hierarchy of British society is presented as a pyramid showing each profession's relative importance and status. Bees are a singularly industrious species in which there are clear divisions of labour, and have been used as a metaphor for human social structures since Roman times.

Language of Gender and Class: Transformation in the Victorian Novel