In the 21st century Smith County is overwhelmingly dominated by the city of Tyler.  As the county seat, it has always held central stage, but there were also many other communities, some which have survived and some which are now marked only by a church or a cemetery at best.

What other Smith County communities still need to be studied?

This bibliography (along with much of the information on this page) was complied by Vicki Betts, former history librarian at UT Tyler. This resource is mentioned throughout the guide.

What Does it Take to Make a Community?

Communities have a higher concentration of homes than the surrounding area, often with families related by blood or marriage.  They are often located at a transportation crossroads--roads, rivers, or railroads.  They do (or did) include one or more churches, usually a cemetery, perhaps a school, perhaps a corner store, perhaps a cotton gin, perhaps a Masonic lodge or veterans group or some other civic organization.  The young men often served together in the military, at least prior to World War II.  Any study of a community would involve looking for all of these aspects of life.  It would explore why the community was created and why it faded away.  What did the community look like, and how did it change over time?

First, check the Bibliography of Smith County, Texas.  It includes books, articles, links to webpages, and information on local government offices.  Citations note whether the item is available at the Tyler Public Library, Smith County Historical Society Archives, Texas College Library, Tyler Junior College Library, or the UT Tyler Library.  If there are no symbols adjacent you may have to use interlibrary loan or visit another library.

The bibliography is so long that it is broken down into alphabetical groups which are listed on the first page.  Click on the letter group that you want to see (for example T, which includes Towns and Communities), and then scan down the alphabetical list.  Many of these communities have links to brief articles in the Online Handbook of Texas, produced by the Texas State Historical Association.  Note the bibliographies at the end of each article.  This is NOT a complete list of possibilities.

Old maps are extremely important because they allow the researcher to document graphically the growth and decline of communities.  They also make great illustrations for programs and publications.

The map section of the Bibliography of Smith County, Texas includes symbols to the left of many of the entries showing where they may be found, usually at Tyler Public Library or the Smith County Historical Society Archives.

One of the best first places to begin is with the "Historical Atlas of Smith County," which was published separately in 1965 and as the center section of Chronicles of Smith County, Texas, 4 no. 2 (Fall 1965).  It takes a 1960s county highway map and marks 79 cities, towns or villages; 109 cemeteries; 16 ferries or crossings; 17 early roads or trails; and 18 historical markers.  It also cross references eighteen original names of communities to their modern names.  Chronicles is available at the UT Tyler Library on the fourth floor as well as at Tyler Public Library and the Smith County Historical Society.  You may want to make a photocopy, or get your own modern highway map and transfer the information for whatever area you need.

There is a huge framed 1936 property map of Smith County, eastern Van Zandt County, and the Gladewater area in the People's Petroleum Building downtown.  Just go in the front door, stay on the first floor and veer around the grand staircase to the right, and go to the end of the hall.  It shows the oil wells in place during those hot days of the early oil boom.

The Smith County soil survey map was created in 1915 and published in 1917.  It is available through the Portal of Texas History at the University of North Texas.  Click on the map image and then the zoom feature to get a detailed look at communities, schools, churches, roads, river crossings, and even house locations prior to the modern highway system.  You may need to focus on railroads, creeks, and surviving towns to get your bearings. Sections of these maps may be printed off to take on field trips and interviews.  With the level of detail available you may be able to get an older resident to point out what all of the little black boxes were.

The General Land Office in Austin has a massive online database of historic maps which they then offer for sale as reprints.  You can sort by alphabetical, county, map number, or date.  Unfortunately their search engine is fairly clunky.  Choose Smith County, but you will also get Deaf Smith County.  You are not allowed to enter a date range.  If you enter a keyword it will ignore that you only want Smith County.  You may have to do a lot of digging to find what you want, only to discover that the image won't enlarge enough to read details.  Maps prior to the 1915 soil survey map tend to emphasize surveys and railroads rather than communities and roads.  Searchable titles include "Surveys Along Mud Creek," "Location of Texas and Pacific Railroad" (enter date 1872), Neches River (enter date 1938), General Highway Map, Smith County, Texas (dates 1939, 1961), "Smith County" (dates 1848, 1850, 1853, 1855, 1872, 1880, 1903, 1905, 1948).  Even with all of these problems, this is probably the only place you can purchase a copy of many of these historic maps, usually for $20 or $40 each.  I have the 1938 highway map, which predates most modern improvements, and can bring it to class or the library.  If  searching through the General Land Office gets to be too much, you can also find almost 1000 of these maps in Portal to Texas History as part of the GLO Historic County Maps Collection.  Five are of Smith County.

Topographical maps are available free online at MyTopo.com.  Under Online Maps click on Free Browsable Online Maps.  Enter name of town, creek, church, or cemetery, add Texas, then click on Go.  When the map comes up you can then zoom or shift right or left, up or down.  If you want to print, go to the bottom and click on Landscape or Portrait, then print.  Like the soil survey map, you can find details down to houses in rural areas.  I haven't found a date on the Smith County map, but it is prior to the construction of UT Tyler and after the construction of John Tyler High School on west Loop 323.

There are two main sources for county school maps.  The first is in Randy Gilbert's "The Development of the District School Systems of Smith County" in Chronicles of Smith County, Texas 11 no. 1 (Spring 1972):  1-8.  It covers turn of the last century white county school districts.  The second is from Edwin Clayton Curry's University of Texas thesis, "An Administrative Survey of the Schools of Smith County, Texas," (1938), which shows all existing county schools in the 1936-1937 academic year, both black and white, with symbols to indicate number of grades, number of teachers, and number of months held.  Contact me if you need that one.

The best detailed modern maps for Smith County are in the atlas Texas Land Survey Maps for Smith County:  With Roads, Railways, Waterways, Towns, Cemeteries & Cross-Referenced Indexes from the Texas Railroad Commission & General Land Office, published in 2008 by Arphax.  Each pages shows a six mile high by four mile wide grid with both original surveys and modern roads and features.  It is excellent to use on road trips after working on deed research.  Be aware that some of the survey names are misspelled.  If you are a local and want your own copy, a paperback is $29.95.  And, of course, if you want to see what a specific area looks like today, check Google maps or Mapquest.

Who is Where, When

If you can identify even one member of a community at any given time, you can build a neighborhood around him or her using census, deeds, and abstract information.

Census takers went house to house to house.  Find your key person in Heritage Quest in a particular census year.  Then look at previous and subsequent pages until you can find a merchant, blacksmith, government official, minister, or teacher.  Chances are they are located at or near the heart of the community.  Make a list of names in the area, and then you can check them in the deed records in the County Clerk's office downtown for more details on land ownership.  When did people move there?  When did they move away?  Are there any sketches included?  Go to the People tab in this Libguide for more information on researching people.  Start a file.

If you know the name of the community, church, school, lodge, or cemetery (and they aren't all necessarily the same), run that through the deed index at the County Clerk's office as well. Although some of these institutions may have simply been constructed on private land, most at some point will want a deed to the property.  Who donated or sold that land?  When was it bought?  When was it sold?  What survey is it in?  Are there any other details in the deed record?

Once you have identified the survey or surveys included in the community, you can also track land ownership changes through the title abstracts at the Smith County Historical Society Archives.  Title abstracts are compiled by title insurance companies, and are compilations of land sales from the earliest land grants to the present, or in the case of the SCHS Woldert abstracts, up to about 1900.  They are small notepads, maybe 3" wide and 8" tall, kept in a file cabinet and arranged by survey name, such as Whitmore.  They will also have a number, which is important to note to verify you have the right one.  They often include sketches of property bounds as well as other useful information.  Abstracts take some skill and practice to use effectively.

Now, use the Bibliography of Smith County and other tabs in this Libguide for suggestions of sources that can help "flesh out" the life of your community.

If the community that you are studying has been incorporated, it should have a city hall that maintains some level of historic record keeping.  For example, there are record books for the City of Tyler, held at City Hall, that include some of the earliest city regulations dealing with markets, cemeteries, and fees for traveling salesmen.  Just go to the main reception desk and ask for old city minutes or city ordinances, and you will be shown to a desk and someone will pull the books from the vault.  There should also be records for the street department and items that would show the development of clean water supplies.  The same should be true of Arp, Bullard, Hideaway, Lindale, New Chapel Hill, Noonday, Troup, Whitehouse, and Winona, back to when they were first incorporated.  However, I haven't tried working with any of the city halls in these communities. 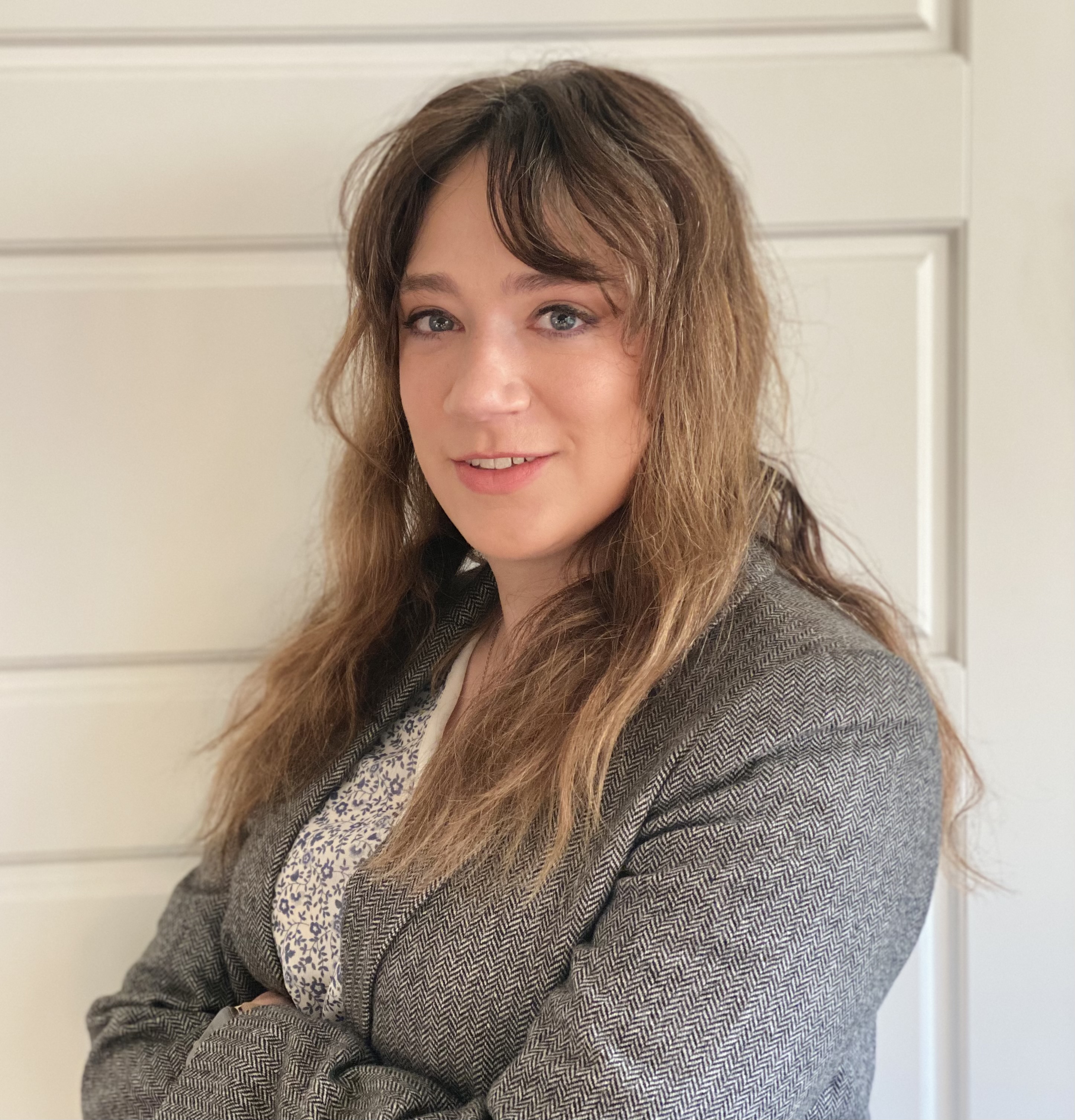