Resources for studying Reconstruction in the United States, 1865-1877

History is what trained historians do, a reasoned reconstruction of the past rooted in research; it tends to be critical and skeptical of human motive and action, and therefore more secular than what people commonly call memory. History can be read by or belong to everyone; it is more relative, and contingent on place, chronology, and scale.

If history is shared and secular, memory is often treated as a sacred set of absolute meanings and stories, possessed as the heritage or identity of a community. Memory is often owned, history interpreted. Memory is passed down through generations; history is revised. Memory often coalesces in objects, sites, and monuments; history seeks to understand contexts in all their complexity. History asserts the authority of academic training and canons of evidence; memory carries the often more immediate authority of community membership and experience. Bernard Bailyn has aptly stated memory's appeal: "its relation to the past is an embrace . . . ultimately emotional, not intellectual."

1873, October 2--Reunion of the Good-Douglas Battery in Dallas, reported in the Dallas Weekly Herald of October 11.

1900, September 11--Reunion of Company K, Thirteenth Cavalry [?--should be Third], Douglas' Battery, and 17th and 18th Infantry at Kennedy Springs NW of Tyler, with showing of flag of 15th Texas Infantry.

1904 August 10-11--Reunion of Ross' and Ector's Brigades and Douglas Battery at Grand Saline.

1906 August 8-9--Reunion of Grandbury's, Ross' and Ector's brigades and Douglas Battery at Jacksonville

1908 August 12-13--Reunion of Granbury's, Ross' and Ector's brigades and Douglas' Battery at Garland.

1909, July 3—Tyler Homecoming includes a “Floral and Confederate Day” which includes the elaborate dedication of the Confederate monument (see below under Confederate Monument); Reunion this year is in August in Terrell

1940, Aug. 10—“Until the last few years, Lindale annually held a celebration honoring Confederate veterans, but due to the rapid depletion in their ranks, the observance has not been held recently.  At the home-coming, Smith County’s two remaining Confederate soldiers, William Tunnell of Tyler, and William Cole of Lindale, will be guests of honor.”  (actually Riley Tunnell died in Van on June 26, 1941 and is buried at Union Chapel Cemetery at Garden Valley; William Samuel Cole considered “last Confederate in county” died at age 97 died January 1941, in newspaper January 15, buried at Bethesda Cemetery, Smith County).  The loss of these two men ends the actual Civil War military memory in the county.

(there are quite possibly other reunions, or events that included honoring vets, that I haven’t found)

Pick a year, say 1900, May 7.  Organized by the UDC, march from Marvin Methodist Church to Oakwood Cemetery, with music, prayer, an address, and flowers.  The UDC and SCV continue to decorate the Confederate Monument, but now it’s around Lee’s birthday in January, “Confederate Heroes Day.”

--other historical markers, mostly 1936 and during the Civil War centennial

1940, Sept. 9—article in Dallas Morning News about marking the graves of 18 Confederate veterans with government tombstones in Smith County; others are in the process.

For wording of the markers, see the online Texas Historical Commission Atlas.

Part of the procession for the Confederate monument dedication in 1909 included the “Fletcher Logan Association” but I can’t place them.  Also, the original SCV camp in Tyler appears to have been the Cal Crozier Camp #551—it’s the only one mentioned in the monument dedication account.  What happened to it??

--James P. Douglas Camp #124, sons of Confederate Veterans—date unknown, but before 1928 reunion—contact organization for their history.  They maintain a list of all known Confederate graves in the county.  Their webpage includes the following two:

--Col. Richard B. Hubbard Chapter #2704, United Daughters of the Confederacy—formed 2014--there was a "civil war" within the local UDC and some of the members seceded!

1900—Sid Johnson of Tyler published his book, Some Biographies of Old Settlers, Historical, Personal and Reminiscent

1907—Sid Johnson of Tyler published his book, Texans Who Wore the Gray.

You could check for the concept of “memory” in more recently published books about Camp Ford, Smith County, or Smith Countians in the Civil War as well, including my own book published in 1977.  Also Camp Ford C.S.A. (1964), by Lee Lawrence and Robert Glover, the first author a local attorney prominent in TSHA and ETHA, and the latter a Tyler Junior College instructor who emphasized the Civil War in his classes.  Also might want to check for frequency of articles in Chronicles of Smith County on the Civil War, a disproportionality to which I’ve contributed.

There are also probably contributions to the Confederate Veteran by Smith County residents, but they might be hard to tease out.

--veterans pensions—I’m not sure how Confederate pensions and the need to produce documentation to support claims, might play into Confederate memory.  The lists are published on the Texas State Library and Archives website and are searchable by county where the claim was made.  The full applications are available in Ancestry.com but that requires either a subscription or a trip to Tyler Public Library downtown.  See also Dallas Morning News, July 23, 1899, "Material for War Stories."

--films—Birth of a Nation, Gone with the Wind, the re-releases of Gone With the Wind, Glory—check the Tyler papers on microfilm for release dates.  Unless otherwise noted, these are either the Tyler Courier-Times if prior to 1930 (microfilm at the public library) or the Tyler Morning Telegraph after 1930 (4th floor, Muntz Library).

March 6, 1917—old Confederate soldiers say KKK not overdrawn in Birth of a Nation

February 15, 1918—advertisement for Birth of a Nation

April 3, 1922—The story of the Ku Klux Klan at the Broadway—Birth of a Nation re-release

January 12, 1940—editorial in Tyler paper—“Boost for History—Gone with the Wind”

February 11, 1940—Gone with the Wind souvenir edition, to premier February 13 at 8 o’clock at the Liberty Theater

February 13, 1940—Gone with the Wind opens tonight at Liberty Theater

February 14, 1940—big crowd pleased with presentation of Gone with the Wind

February 18, 1940—Gone with the Wind to hold over through Saturday

February 9, 1941—Gone with the Wind to return to Tyler at popular prices

February 16, 1941—Gone with the Wind ad, to be at the Tyler Theater for four days

--Gone with the Wind book—

February 4, 1940, advertisement for Gone with the Wind books, 69 cents—be sure and read before you see the picture, books at Mayer & Schmidt department store

--school names, although the local ones (Douglas, Bonner, Marsh, Gary, Roberts, Hubbard) were named for men who were known for more than just their Confederate service; only Lee (1958) would be entirely Confederate.  Not sure how much that might have been urged by the honors American history teacher, Robert Wyche, an indomitable Civil War enthusiast and the sponsor of the Rebel Guard, a select group of boys who manned a reproduction cannon at football games and participated in a summer tour of battlefields. Resistance to the pressures toward school integration may have played a role.

1904—The original Bonner Elementary School was built on Saunders Street and was named for Thomas Reuben Bonner (18th Texas Infantry), a prominent businessman and politician from Tyler.

1930—Oran M. Roberts Junior High School, named for a former governor of Texas from Tyler (and Texas Supreme Court justice, head of the state Secession Convention and colonel of the 11th Texas Infantry), was opened for students at Broadway and Berta Streets.

--Goodman Museum—although the core of the first floor of the house dates back to the Civil War, the current appearance dates back to only the early 20th century.  Yet interpretation and costuming at events tends to the Civil War, with most non-historians assuming the house is representative of the wealthy plantation South instead of what it was—the simple home of a young bachelor attorney.

--anniversaries—any Confederate memory in the Texas Centennial, the Civil War centennial, the county Sesquicentennial.  Check newspapers for those dates.

--Camp Ford--1936, Sept—UDC acquires part of Camp Ford property, pushed to have the stockade, or at least some of the buildings, reconstructed as a historical park built partly with New Deal funds.  The state parks department also acquires a small parcel, but the park idea is not funded and the state parks department later forgets they even own the land.  CCC plans are online.  See me for a list of newspaper articles.  The whole Camp Ford preservation issue could be memory/historical.  The current site is owned by Smith County and is managed by the Smith County Historical Society.

--Robert E. Lee symbolism—the rise and fall, including court orders on the flag and Dixie

1972, Feb—Robert E. Lee High School students chose the Red Raider symbol and flag to replace the Confederate symbolism.  (I have my high school annuals for 1970-1972 if anyone wants to see the entire Rebel symbolism in the school)

--Azalea belles (scroll down linked page)--so why do they wear cheesy antebellum dresses in front of 1930s houses??  Just because Natchez or some other place does? Or because antebellum=moonlight and magnolias, grace and beauty, at least to some?

“Ms. Bass recognized the Azalea Belles, ninth and tenth graders from local high schools, and their families for their commitment to welcome visitors to Azalea District homes. More than 800 belles have served since 1960.”

The main local group is the Douglas Texas Battery, although there are (or have been) Smith County members of other regional groups such as Terry’s Texas Rangers or the Texas Rifles (infantry).  Talk to Randy Gilbert about the Battery.  They have always gone either blue or gray, as the need arose, and have also at times included one or two African American members.  I know at least one participated in a reenactment of the Red River campaign when the Battery went as federals and participated in the “capture” of a current leader of the League of the South who was, of course, Confederate.  A moment to be relished!

1920s—KKK becomes very active in Smith County—see vertical files of both Tyler Public Library and SCHS.  How much of that did, or didn’t, have to do with Civil War memory or with Birth of a Nation, I don’t know.  I can also pull some additional newspaper citations.

--Children of slavery, children of the War, children of Reconstruction--we often hear about how the Great Depression affected children, how they were afraid of poverty and pinched pennies or even hoarded for the rest of their lives.  How did the memory of growing up in slavery, or during the Civil War, or during Reconstruction, affect the outlooks of children once they grew up and became the adults of the 1890s-1920s? 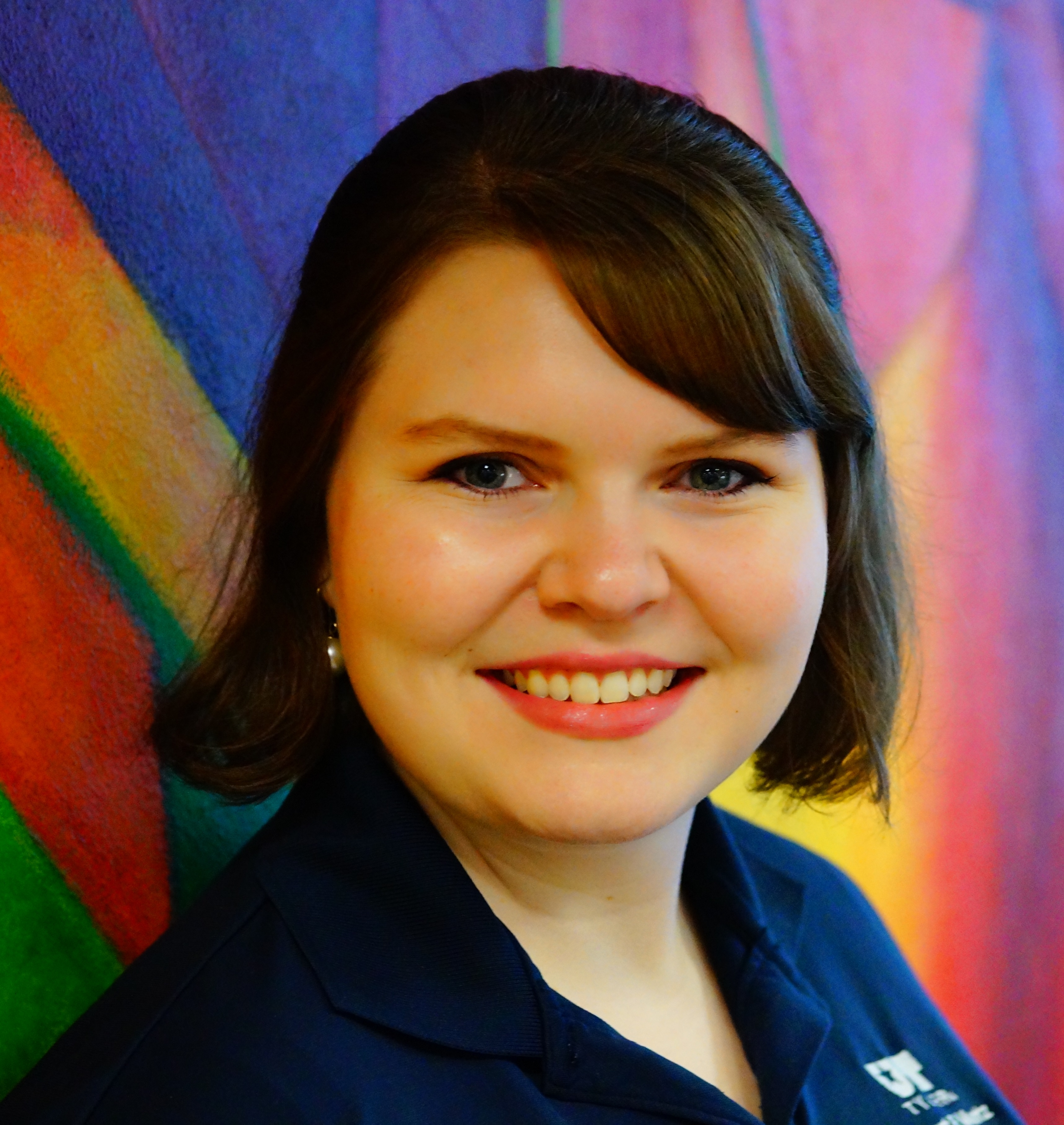